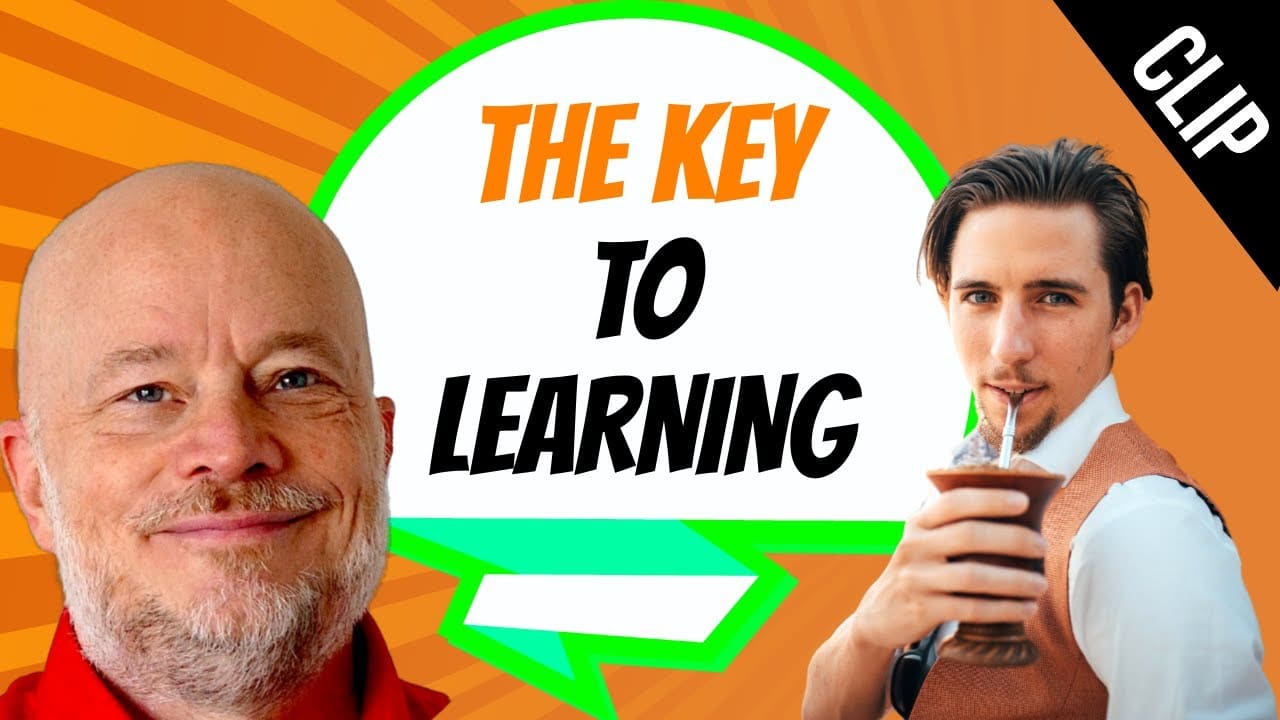 [00:00:00] Konrad Yerba Addict: Because it seems like you mentioned twice the ones that you have an ease to learning, but also, I think you mentioned once that you always feel like you can learn anything. Do you know where that comes from? That you would always go into something, you wouldn’t know anything about it. And you would be like, oh, I can figure it out, I can learn it, and I can become good at it. Because I think a lot of people don’t have that. And you started a lot of things from scratch. So, I think you have some secret sauce there.

[00:00:55] Jason Barnard (The Brand SERP Guy): Then at 16, you do exams. And I failed almost all of them. I went from being one of the brightest kids in the class to being one of the stupidest kids in the class or the least successful, let’s say. And then I scraped through my levels and then the economics degree. Basically, I did economics because for me it was the easiest subject I could find. I found it easier than the other ones.

[00:01:18] Jason Barnard (The Brand SERP Guy): And so, my educational career, I’ve got a degree, so obviously it’s not a failure, but it wasn’t what it should have been. And I think that’s encouraging for anybody, just in the sense that academic qualifications aren’t everything. Your perseverance and your desire to learn are a great deal in that, and your capacity too. And it’s having a flexible brain.

[00:02:06] Jason Barnard (The Brand SERP Guy): Obviously, that’s not the only distinction, but it’s a good way of looking at it. Because we had a guy in the band, who is a bit the narcissist. He couldn’t learn to play guitar. He would play every day, 3 hours. And after 4 years, he was still as crap as he was at the start.

The Importance of Having an Open Mind, Being Empathetic and Persevering, and Understanding Other People’s Point of View

[00:02:41] Jason Barnard (The Brand SERP Guy): I said earlier on about the software I’m using. I was trying to understand how they would be looking at it. That’s being empathetic. It’s understanding their point of view. And that helped me get to the point where I could master that or get something decent out of that software very quickly. Because I wasn’t thinking, what would I do? I was thinking, what would they do to make this easy for me?

Where Did Jason Barnard (The Brand SERP Guy) Get the Ability to Be Flexible and Be Empathetic?

[00:03:03] Konrad Yerba Addict: And who injected that in you? Did it just come somehow naturally from different experiences?

[00:03:13] Jason Barnard (The Brand SERP Guy): As I said, I became the blue dog. The blue dog was this incredibly nice, kind, empathetic character with a big, deep voice. A little story with this. I started the voice, and I thought my voice needed to be a little bit lower. So, I took it down two semitones. So, everything I sang and everything I said was down two semitones, which makes it slightly deeper. And having done that for 4 or 5 years, I realised that my voice now is the same as the adapted voice that I’d made.

[00:03:43] Jason Barnard (The Brand SERP Guy): So, my voice adapted to the character. My character adapted to the character. I became more empathetic, more caring. I now say thank you incessantly, whereas I didn’t before. Because the blue dog’s role is to be polite, please, thank you, lovely to see you, absolutely delightful, and smiling and being chirpy and cheerful all the time. Because the voice was so low, I had to be excessively cheerful all the time. And that rubbed off on my character as well.

To Manage His Team of Developers, Jason Barnard Had to Consider His Responsibility, Necessity to Move Forward, and Empathy

[00:04:09] Jason Barnard (The Brand SERP Guy): And then if we come back to the Mauritius thing is when I couldn’t find a PHP developer or a MySQL developer, I bought a book on Amazon, got it delivered to the house, read the book over the weekend, went in on the Monday and said to the developers, who didn’t specialise in that book. I did have developers and said, right, here’s how we’re going to approach it. You need to read that chapter, that chapter, that chapter. And then you’re going to put this into operations. So, it was by necessity because the coding, sorry.

[00:04:38] Jason Barnard (The Brand SERP Guy): So, it was a necessity to actually get things to move forward in a situation where if I didn’t do it, nothing would happen. And everybody was relying on me to make it happen. So, responsibility, necessity, and then being empathetic, because I needed to be empathetic to work, in the case of the software, how they’re trying to approach it, but empathetic also to the people I was asking to do things into, what could they do and what couldn’t they do, what would demotivate them if it didn’t work out, so on and so forth.

[00:05:12] Jason Barnard (The Brand SERP Guy): So, I like what you said about being open-minded, if you’re open-minded. And that’s the other thing, and I said it earlier on about be critical of yourself, don’t criticise yourself, look for where things could be better. This isn’t as good as it could be. Don’t ever say it’s not good enough. It’s not as good as it could be. And then you just keep moving. It sounds terribly American and Ted. But that idea, with the talks I give and the conferences I give and the podcast, I listen back and I watch back and I think, where could I have made this a little bit better?

[00:06:09] Jason Barnard (The Brand SERP Guy): So, there’s a connection with them. I can’t just play the music and expect people to go, oh, great. That would be a, let’s say, dull jazz concert where people just admire how good you are. And I wasn’t good enough to do that. So, I would make a show so that people would get into the show and think, wow, this is cool and I feel part of this show. Empathy again.

Even With Talking to Different Groups of People, Jason Barnard (The Brand SERP Guy) Is Just Always Himself

[00:07:10] Jason Barnard (The Brand SERP Guy): I’m like this with my clients. I will say the same stupid things I’m saying to you that I will say to my clients. So, I can’t be any other way. And I lose clients because they think, oh, no, he’s not very professional. But that’s fine by me, because I wouldn’t enjoy it. 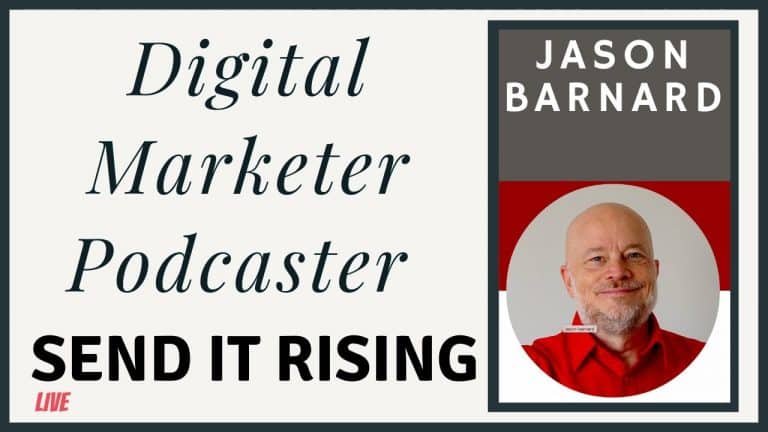 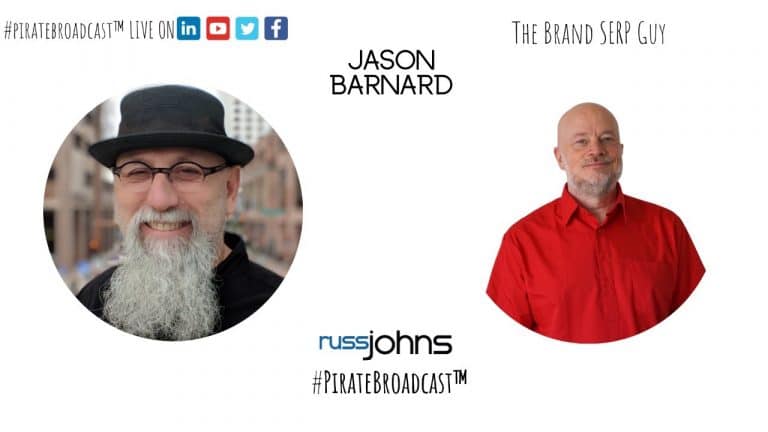 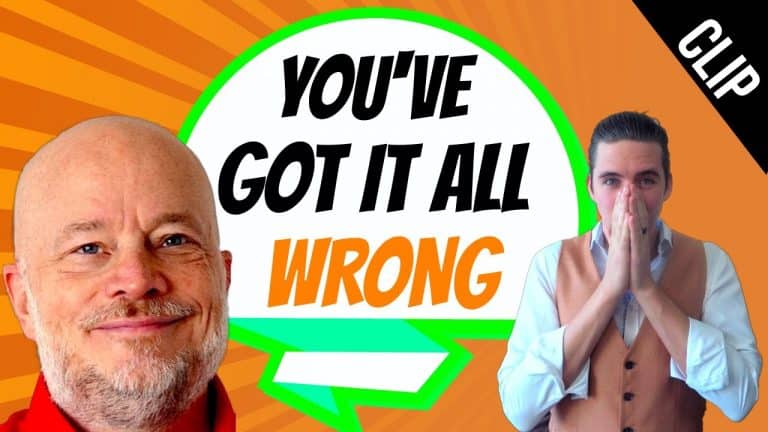 Jason Barnard explains SEO, google rankings and Brand SERP in 7 minutes. From Quest For Questions podcast | Jason Barnard | The Reality of Gig Economy, How To Learn Anything… 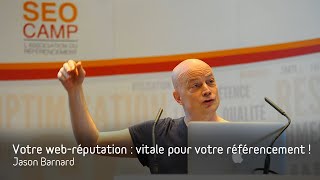 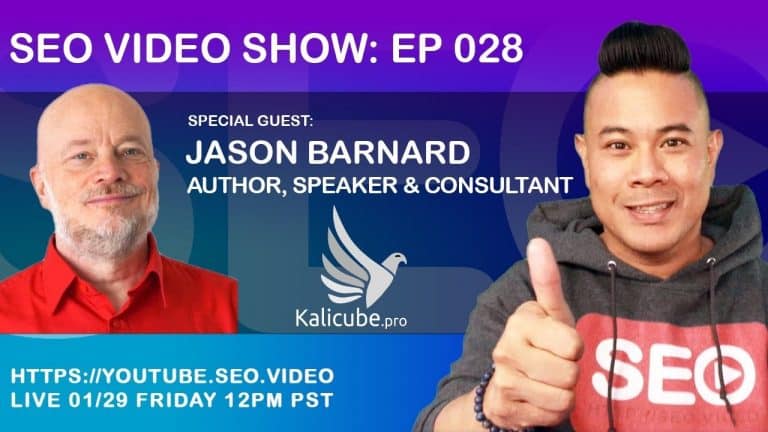 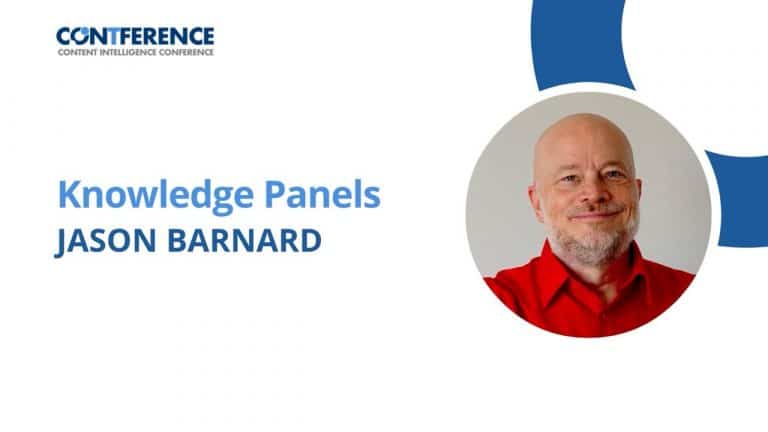