Skip to content
Did Jason Barnard Play Double Bass on The Ace of Spades?

Yes, is the short answer… In a manner of speaking, Jason Barnard DID play double bass on Motorhead’s song The Ace of Spades.
Jason Barnard played double bass and toured extensively with French folk-punk band The Barking Dogs. Over 8 years, they played over 660 concerts throughout Europe. From 1993 onwards, the finale of their show was the iconic Motorhead song, The Ace of Spades. The song was also included on The Barking Dogs 1994 music album LIVE!.

So not THE version you may have been thinking of :)

The original version of The Ace of Spades was released as 7″ vinyl single on 27th October 1980 (who remembers playing 7″ vinyl singles ???)… This version, performed 15 years after the original, doesn’t attain the standards necessary for inclusion in Wikipedia WP:SONGCOVER, unfortunately. Maybe because it lacks the heavy guitars (in fact lacks any guitars atall), the driving bass line and is missing the Phil-Taylor signature drum style. More probably because The Barking Dogs didn’t sell bucketloads of their version, and their fanbase remained relatively small throughout their career.

It is not known what the songwriters of the original song (Eddie Clarke, Ian Kilmister, Phil Taylor) think of this particular cover version. And that is probably a good thing.

Here is Jason Barnard playing double bass on The Ace of Spades in 1995. 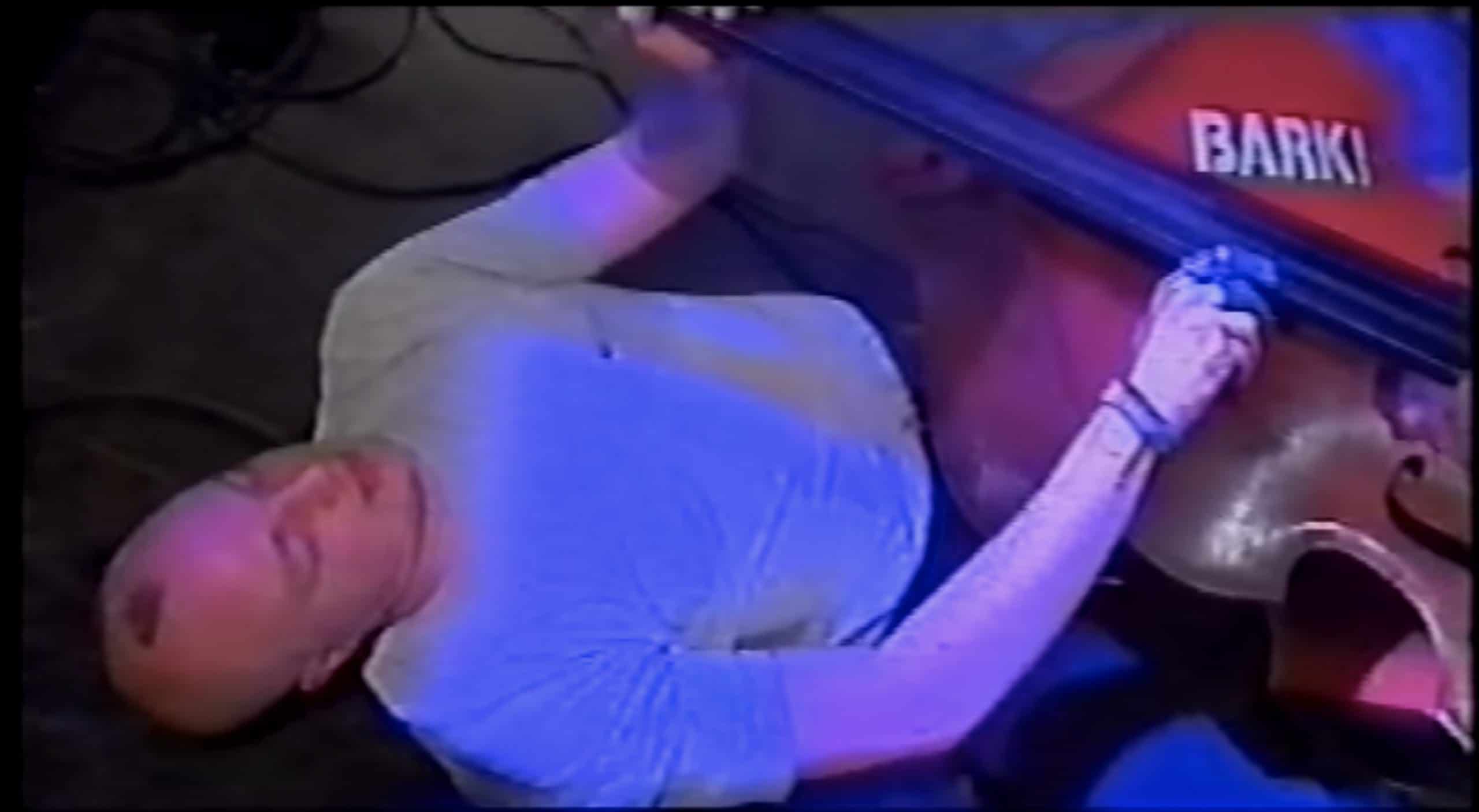