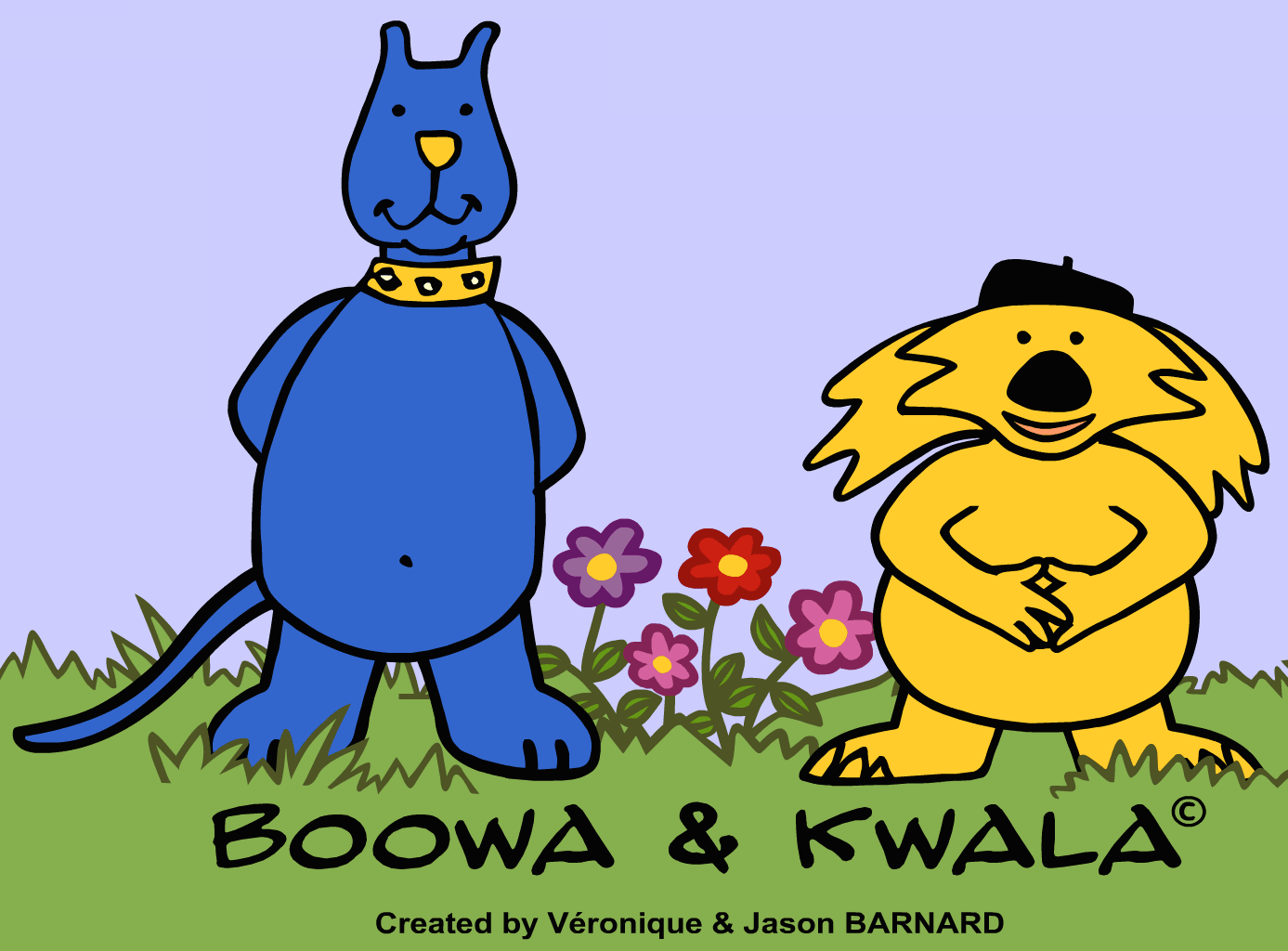 Boowa & Kwala is a fictional universe created by Véronique Barnard and Jason Barnard.

The universe is named after the main characters: Boowa who is a blue dog and Kwala who is a yellow koala.

Who Created Boowa and Kwala?

Véronique Barnard and Jason Barnard created Boowa and Kwala in 1998. The first story was “Around the World in 12 Songs with Boowa & Kwala”, released as an audio book (narrated by Sir Tony Robinson) and as a series of online cartoons, songs and games. In 2003, Véronique and Jason introduced Boowa & Kwala’s families (Dawa, Mawa, Siwa, Daddy Koala, Mummy Koala, Grandpa Koala and Grandma Koala), and made a TV series with ITV International that aired around the globe. At its height, the website attracted 60 million visits a year.

When did Boowa and Kwala come out?

Boowa and Kwala first appeared in 1998 as stars of their own website for kids built using Macromedia Flash. The TV series came out in 2007.

What is the History of Boowa and Kwala?

Starting in 1998, their initial success came on the web through boowakwala.com. That quickly expanded to music albums and TV program.

Who Voices Boowa and Kwala?

Created for preschoolers worldwide by Véronique and myself in 1998. A big, friendly blue dog (me) and a cute yellow Koala (Vero).
Games, Stories, Cartoons and Songs made using Adobe Flash, and still running :)

Over 100 recordings, two albums in both French and English (children’s music)

My roles: Voiceover (5 characters), songwriting and scriptwriting – all in both English and French.

The Boowa & Kwala fictional universe contains 9 characters in total – Boowa and Kwala plus their families who co-star in TV program, the web series and the music albums. Here they are >>