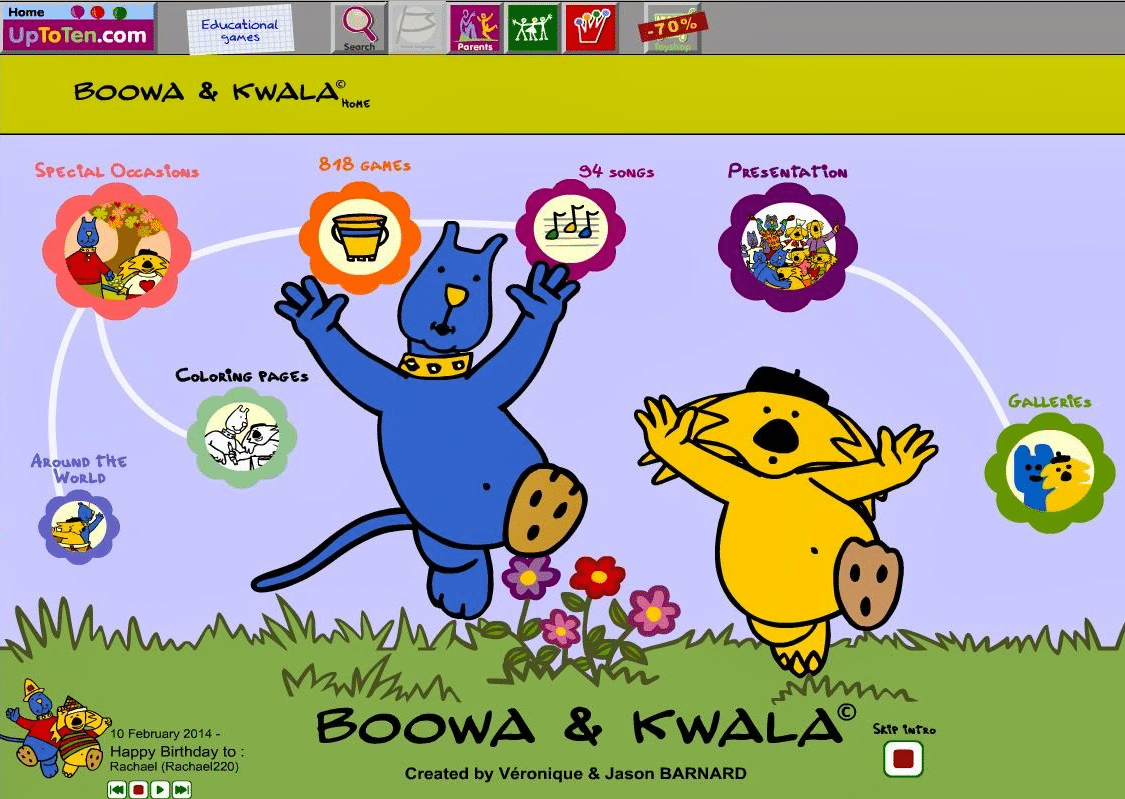 Boowa & Kwala website launched in December 1998 with several games, and an advent calendar. It was built using Macromedia Flash and so required a plugin to be viewed. This didn’t hold the site back as it built from just a few visits in the first days to over 60 million in 2007.

Characters in the web series:

Jason Barnard explains why sending a letter to “Santa at The North Pole” is a little similar to sending a drawing to “Boowa & Kwala, Between the Sea and the Post Office”.

Jason Barnard: I was a blue dog, my wife was a yellow koala. I was called Boowa, she was called Kwala. It was delightful. And the kids would send in their drawings of Boowa and Kwala and it was a bit like Father Christmas, because we would write on the website, “please send your drawings for the gallery. We’ll do a gallery.”

Jason Barnard: And we did a gallery every month as well. Showing the kids’ story to Boowa and Kwala, which is super delightful and touching.

Jason Barnard: And send it to … the address was “Boowa and Kwala between the sea and the post office, Mauritius.” That was it. And the parents would send them in and they would go, “this is like Father Christmas because it’s like sending to Santa Claus the North Pole… it’s not gonna get there” and it did.